Thursday night at Grizzly Gym, Enson Inoue attended BJJ class as an observer. He’s been staying with Mike whilst in Kingston. We went through our normal class with him watching. He didn’t say much.

After drilling, while we were waiting to roll, Josh stated, “so I imagine everyone will be going pretty hard tonight.” He was right. Nobody wanted to tap with the former Shooto heavyweight champ looking on.

At the end of class, after we bowed out, professor Enson gave me my second stripe! I was pretty surprised. He also gave Sean his third stripe. Damnit! I forgot to get a picture! I did however get him to sign a picture of his iconic finish of Randy Couture. 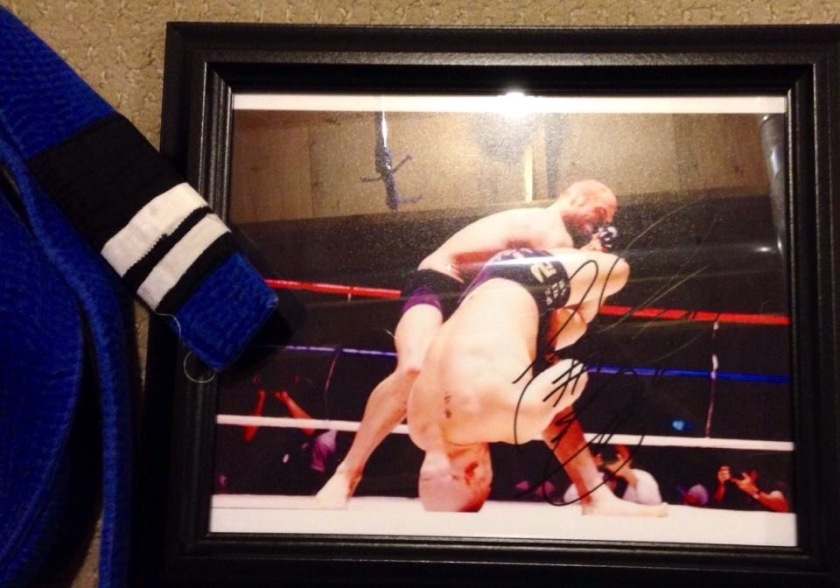 Today was his seminar. What an interesting man. Not only did he show us modifications and improvements to basic proven techniques, he also talked about Yamato-damashii; the samurai spirit. The seminar was 3 hours long. I really did learn a lot of practical stuff. It’s right up my alley too. I plan on trying to implement it right away!