There is, or was I guess I should say, a martial arts school where I live called Martial Arts Planet.  When I first thought about getting in to Muay Thai, I went there to check it out.  I was told to bring some workout clothes and we would have a little private lesson to see what I thought.  I met the owner at the time and he showed me around.  It was a really nice place.  He then told me what the fees and commitments would be.  At that time, I had just come out of college and owed a lot of money.  I told him that I thought the fees were a bit too steep for me,  and I didn’t think I could swing it.  He then told me that seeing as how I probably wouldn’t join, there was no point in him wasting his time and giving me a lesson.  He genuinely seemed angry at me.  I left there thinking, “What a douche!”

Shortly there after I found Grizzly Gym.  Over the next few years, we would have people show up for Muay Thai and BJJ training, that were previously students of MAP.  There were a couple of instances where people had the same feeling towards the owner of MAP as me.  One day we had a big influx of students from there.  I don’t want to spread rumors, but I guess there was some sort of drunken rage that was taken out on the students and several of them left.  It was all hush hush.

Around that time, the douchey owner decided to sell the gym and move away.  The new owner was Chris.  He trained with us for a little while after the drunken rage thing.  What a great guy.  He was/is nice as pie, and a super technical Jiu Jitsu player.  I know in the past year or two, there were some issues with membership declining.  Who’s to say why this happened.  Kingston is a small city.  I just don’t think that there was enough interest.  Also, Hyabusa opened an academy.  I think this took a lot of their business.

Anyways, today I found out that Chris had to close the doors permanently.  Even though it’s competition for Grizzly Gym, I feel really bad for Chris.  You know how there is rivalry or animosity between gyms sometimes?  There was never really any of that with MAP after Chris took over.  Also, you never really want to see a fellow martial artist fail at making a living through martial arts.  It’s not like it’s a lucrative business to begin with.  It’s more like living your life’s dream and passion.  I feel really bad for Chris… 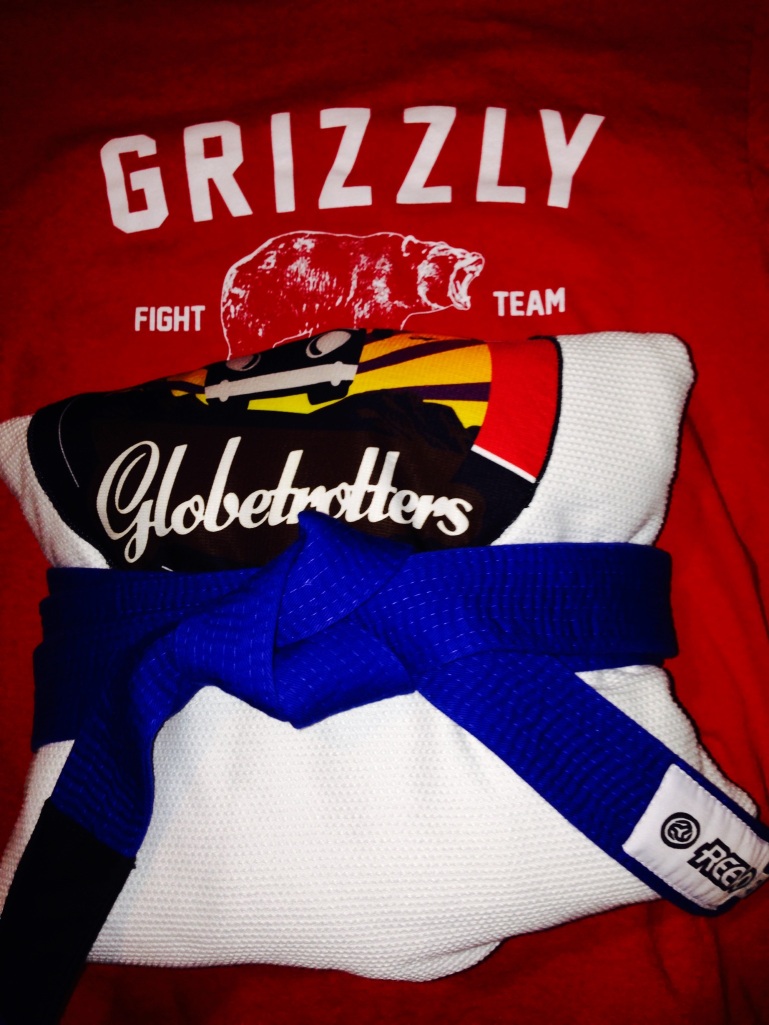 Well I finally got my first training in of 2014.  It was also my first training as Faixa Azul.  It was nogi but I couldn’t help but wear my gi.  I had to tie that belt up.  Nobody seemed to mind.  Also, it was super cold in the gym.  The gi was a tool for warmth. 🙂

Tonight I will be teaching my first ever BJJ class.  I’m not new to teaching a group, or even teaching martial arts for that matter.  I’ve been teaching people to ski for 20 years now.  I’ve also taught Muay Thai for the last 5 years.  I used to lead a submission wrestling group from time to time, but since I’ve started training BJJ, I’ve sat back, kept my mouth shut, and tried to learn.

I loaded up on the fat over the Christmas/New Year holidays.  If feels pretty good to be back in a routine.  I feel the hunger pains though.  LOL  I’m craving those carbs and sugars.  I’ll get past that soon I’m sure.  I’m craving my first tournament for 2014.

One of the BIGGEST flaws that (until a month ago) was holding my game back, was MY CARDIO… In Grade School, I was always that kid that struggled to finish a mile long run… Fast Forward the clock nearly 15 years, it was still a lingering disability that I had finally decided to do something about. Tonight in class after 5x 7 minute rolls, I felt like I could roll another 10 and it was an AMAZING feeling….

Before, I get into what I’ve been doing to improve my cardio, I can assure you that (although results will vary from person to person) you will be able to roll/spar longer! Even if its only an extra 5 minute round, that can add upto over 8.5 hours of sparring time over the course of a year (MORE then that if you train more then 2x per week… I train 6 days… 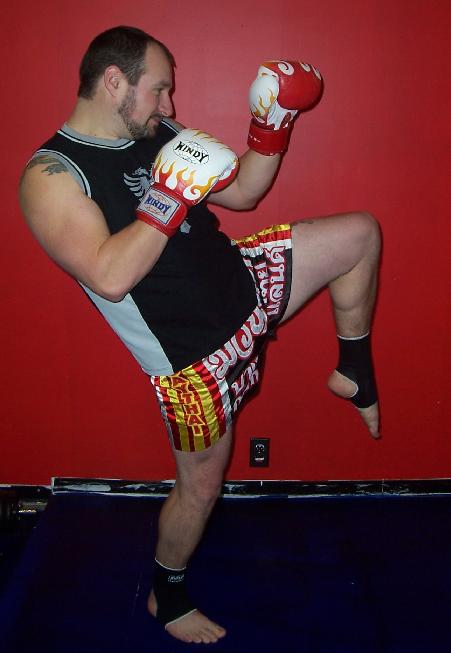 If only… I had any shred of will power, I would be ripped like a son-of-a-bitch. But no, I eat like an asshole.

I’ve always exercised with a lot of intensity. If I don’t, I feel like I wasted my time. Today was no exception. I had a morning and evening workout. The morning started with RPM class. The instructor that was leading the group today was a bit of a sideshow. She’s always singing and dancing and making jokes. It’s really annoying. Her only saving grace is that she runs the toughest RPM class out of all the instructors. I literally feel like I can’t pedal for one more second when it’s over. I ended the morning with an abs workout and plenty of stretching. 632 calories burned.

This evening I made my triumphant return to Muay Thai (not really triumphant). My wife convinced me to go. I wasn’t going to, but I could tell that she wanted to workout with me. It was a good class. Lots of technique. That was fine with me. I was still feeling the morning workout. It had been 4 months since my last appearance at MT, so I wasn’t expecting much. I’m glad I went. Hopefully I’ll make it out more frequently. 507 calories burned.

I’m back I guess…

Not only did I delete all my blog posts back in June, but I haven’t been training at all.  Unhappiness and loneliness is a bitch.  I’ve kept up at the gym, but haven’t set foot in my Muay Thai/BJJ school.  I’m not sure if or when I will start back at BJJ.  I should be back to Muay Thai in a couple of weeks after school starts back up.  With the kids back at a regular schedule, it will be much easier.  As far as BJJ goes, I don’t know if I can make myself get back at it.  I just hate the fact that I suck so hard.  It seems like no matter how hard I tried, I couldn’t improve.

I have been working a lot of overtime this summer.  I had set a goal to get all my debt (minus mortgage and car payment) paid off by the end of August.  It looks like I have succeeded.  My final supplemental cheques won’t come until a couple of weeks of September, but the hours have been earned.  I really only had 1 week off this summer.  My wife and I arranged our schedules so that we were able to avoid paying for any daycare.  That’s a big expense we avoided.  It meant that we really didn’t get much time together as a family, but it will be worth it in the end I think.

Some fun news.  Last week I finalized the booking of a trip to Whistler in December.  There will be 10 of us going.  I only know a couple of the guys, but I am still really looking forward to the trip.  It’s been far too long since I skied at a real mountain.  I even bought a new pair of skis in anticipation.  LOL.  I know it’s only August, but it was a heck of a deal that I couldn’t pass up.